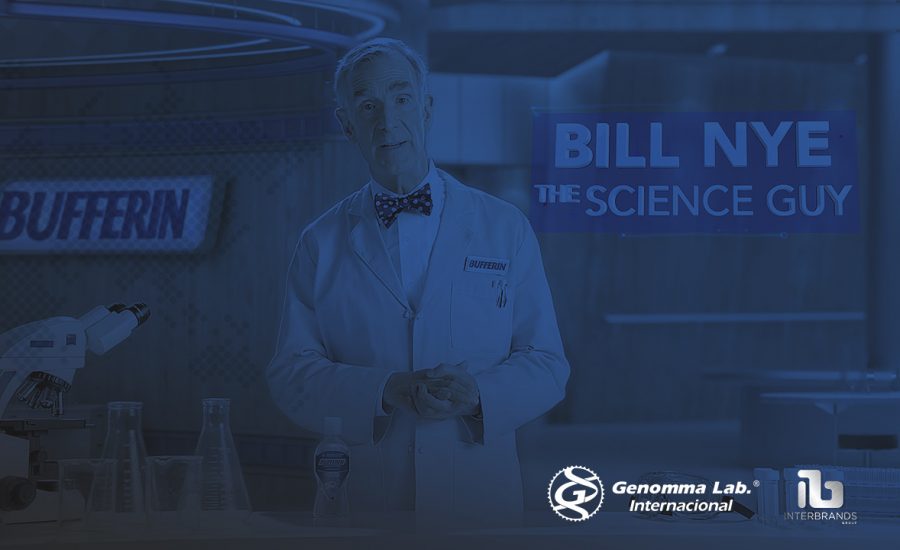 Genomma Lab USA Inc. acquired BUFFERIN® in 2018 and their plans to revitalize this heritage brand started with Bufferin´s Hand Sanitizer in this 2020.

The deepening of Genomma’s offering in the U.S. complements the Company’s strong Latin America OTC presence.

“The three heritage brands we acquired have a strong brand equity and consumer recognition built over several decades. The acquisition will therefore complement our business well; leveraging our marketing and distribution capabilities while enhancing our presence in the U.S. OTC market. We are excited to add three strong, well-known names to our U.S. portfolio,” commented Mr. Máximo Juda, CEO of Genomma Lab.

Bill Nye is an American science educator, engineer, comedian, television presenter, author, and inventor, with a mission to help foster a scientifically literate society and to help people everywhere understand and appreciate the science that makes our world work. Making science entertaining and accessible is something Bill has been passionate about his entire life.

It was in Seattle that Bill began to combine his love of science with his flair for comedy, when he won the Steve Martin look-alike contest and developed dual careers as an engineer by day and a stand-up comic by night. Eventually, Bill quit his engineering day job and made the transition as a comedy writer and performer on Seattle’s homegrown ensemble comedy show “Almost Live” in 1986. This is where “Bill Nye the Science Guy®” was born. The show appeared before Saturday Night Live and later on Comedy Central, originating at KING–TV, Seattle’s NBC affiliate.

While working on the Science Guy show from 1992-1998, Bill won seven national Emmy Awards for writing, performing, and producing. The show won 18 Emmys in five years. To commemorate the series, the Bill Nye The Science Guy original lab coat is on display at the “T is for Television” exhibit in the Smithsonian National Museum of American History.